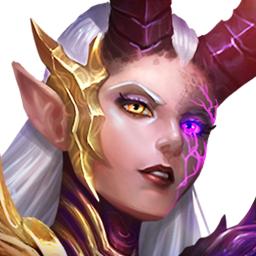 We want to present you Legendary: Game of Heroes Tips and Tricks. You won’t find this info anywhere in the internet. We have created the best guide for this game and we want to share it with you right now. This few simple tips and tricks will improve your game significantly. Okay, so, let’s go!

One should not skip the tutorial part, regardless of the gameplay being easy and simple to carry forward. Though few might take a longer time to learn the game and all they strategizing ways along with the available characters, the challenging part of this game will push you to explore each and every deal against the enemies.

Balancing out the heroes going for the battle

The affinities and vulnerabilities of the heroes are needed to be considered while getting the cards picked up against the enemies. Here, the fire gets defeated by water, the earth gets defeated by fire and water gets defeated by the earth. The characters’ affinities can be viewed before the battle starts. The game gets complicated as one need to get the correct combination picked in order to build a powerful attack. The combination of heroes should be used so as to avoid getting stuck with limited matching options.

Enemy’s turn should be watched out carefully

The enemy’s side should be planned out where you can see the numbers at the bottom, just beside the health bars. The number of strikes that the heroes strike is denoted by those tiny figures at the bottom. An enemy should be hit with the Chill instantly when the number goes down to one so as to make that character let go of another set of turns. In addition to this, the stage should be completed within a few turns which will make you earn excellent bonuses as well as perfect stars.